About the Licensing category 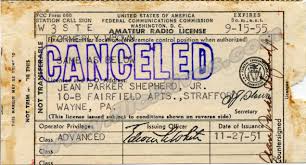 Who started their ham radio journey as a Novice class operator? I remember getting my Novice ticket and then upgrading to Technician a month later. Back then, the Tech ticket was equivalent to today’s General ticket, essentially. In fact, Novices were required to copy Morse code at 5 words per minute back then. Of course, that got dumped later on.

I don’t go that far back unfortunately. I started as a Tech. I noticed there are about 6,500 Novices still lurking about on the FCC license lists.

222 is a great band for Novices to run on if there is an active 222-MHz repeater in your area. They also have access to 1270 MHz+, but there aren’t as many of those machines around.

We have at least 2 machines on 220 here in Metro Atlanta, and they probably don’t get enough use. We also have a 900 Mhz machine in North Georgia.