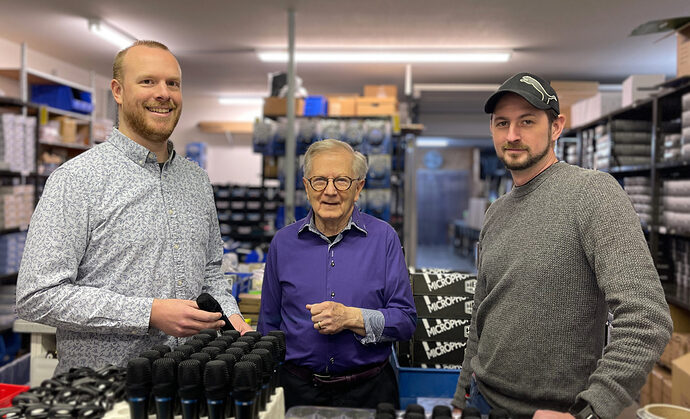 Current execs Levitt and Warford will head the company

Microphone manufacturer Heil Sound has new top leadership for the first time in its 56-year history.

“Sarah Heil has retired, but Bob will continue to do outreach work and product design within the amateur radio space under the title Founder and CEO Emeritus,” it stated.

The company said Levitt and Warford each began working with Heil Sound as teenagers, building and packaging products. “Levitt took a different career path in academia for a number of years, but continued to regularly consult with Heil Sound during that time. He returned to the company full-time in 2017 and assumed the role of president in 2020. Warford worked his way up in the company during his tenure and has been responsible for daily operations for the past several years.”

I really am impressed by Bob Heil. I’ve heard him talk a few times and I have several Heil mic’s. You gotta love someone who just has a passion for something and that drives them.

Bob is a legend not only in amateur radio, but also the music world. An investment in a Heil mic is never a bad thing. I still have mine that I used on HF. While Bob is slowing down, it’s great to see he still will be developing products for the firm. K9EID is one of the best.