I’m not sure how many hams from Mass are on this forum, but I’ll post the first hello

I do hear some conversations on the air, but not too many. Is anyone here a member of the club in Chelmsford?

I’m waiting to take the test remotely, but listening for the past year or so.

Hope to get licensed with the remote testing. I’ve been waiting for sometime and know it was going to take awhile.

We’ll have to get together when you have time. What do you have for equipment? Are there and repeaters in your area? There are two here in Burlington. I’ve been looking for an Elmer for a while, but have had no luck. Maybe we can bounce ideas off of each other. There’s a place in Chelmsford where you can take the test.

There’s a North Andover repeater, that i bounce off of, I’ll get back to you one the frequency and stuff on it.

As far as taking a in-person test at Chelmsford at this time I cannot as I’m confined to the home.

I had a feeling that’s why you are taking the test online. I’ve been there. I have been homebound several times after some serious surgeries. I tried taking my Technician test online, but I didn’t have a camera on my computer, only on the phone, so I couldn’t take it online. I was lucky as Mitre was sponsoring a license test the next month in Bedford.

I just picked up two Kenwood base stations, a TS-711A and a TS-811E, 2M and 70CM respectively. Now to figure out an antenna setup that won’t get the wife upset…

Looks like you’re jumping in to this with both feet with your setup. Nice work, now to keep the wife happy with the antenna set up. I’ll leave that up to you.

Let me know when your call sign, and I’ll definitely be listening for you on the air and hopefully join you soon.

Yeah, I have jumped in hard. I actually have my father’s call sign, W1EQM. He wanted me to get my license in the early 70’s when I was a kid, but I couldn’t get past the Morse code part. I’m studying for my General license as time permits.

If you’re ever interested, I have an extra mobile radio. You would need to get a power supply and antenna, but would be a good companion to your HT. 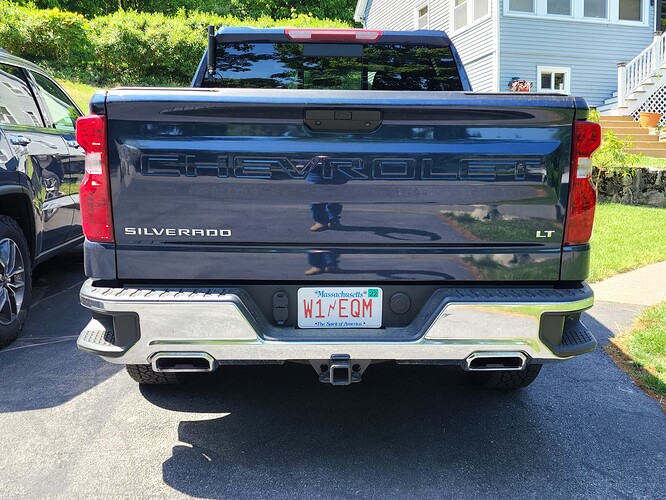 l for the radio offer, If I knew that I would be able to use it I’d take you up on iI think I’ll wait for now as I am true travel restriction until later October. Life will hopefully go back to some normalcy.

In the meantime, I’ll working on getting a 100% on the practice examines.